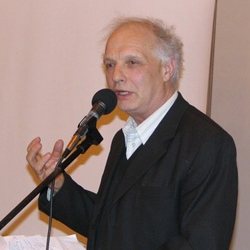 Omid Kokabee, a University of Texas graduate student currently imprisoned in Iran, has been awarded the American Physical Society’s 2014 Andrei Sakharov Prize, which recognizes outstanding leadership and achievements of scientists in upholding human rights. Kokabee will share the honor with Dr. Boris Altshuler of the Russian Federation. The prize carries $10,000 for each winner.

The APS press release cited Kokabee’s “courage in refusing to use his physics knowledge to work on projects that he deemed harmful to humanity, in the face of extreme physical and psychological pressure.” The Iranian graduate student at University of Texas/Austin is currently serving a ten-year sentence in Teheran for “communicating with a hostile government” and “illegal earnings.”

In a public letter dated March 2013, Kokabee stated that he was being persecuted for refusing to work on Iranian military projects, including the development of laser-based uranium enrichment technology that could be used to produce material for nuclear weapons. Kokabee reported that he has been offered freedom from prison several times in exchange for his cooperation, but has refused, according to APS.

Along with Kokabee, APS is also presenting the 2014 Sakharov prize to Dr. Boris Altshuler of the Lebedev Physical Institute, Moscow, for “his life-long struggle for democracy in Russia and for his advocacy on behalf of the rights of neglected children.” Altshuler has acted as a valued collaborator for CCS in cases involving denials of human rights of scientists in the Russian Federation. While pursuing his scientific career, Altshuler has also authored a number of publications concerning Andrei Sakharov, whom he knew in his youth. CCS has also supported Althshuler’s work on the human rights of children.